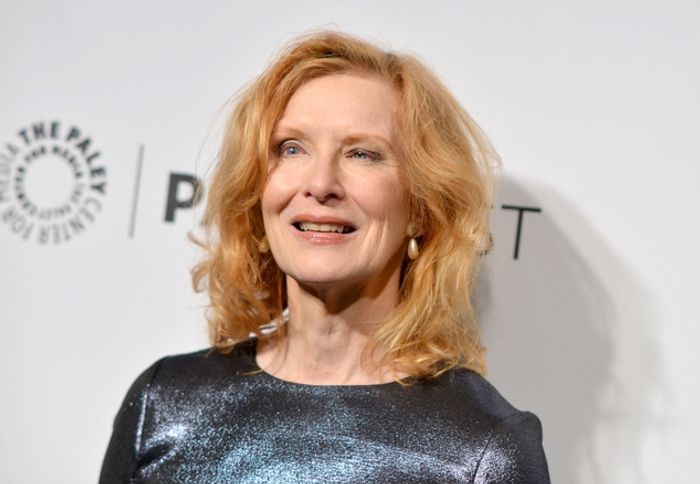 Here is all you need to know about her acting career: 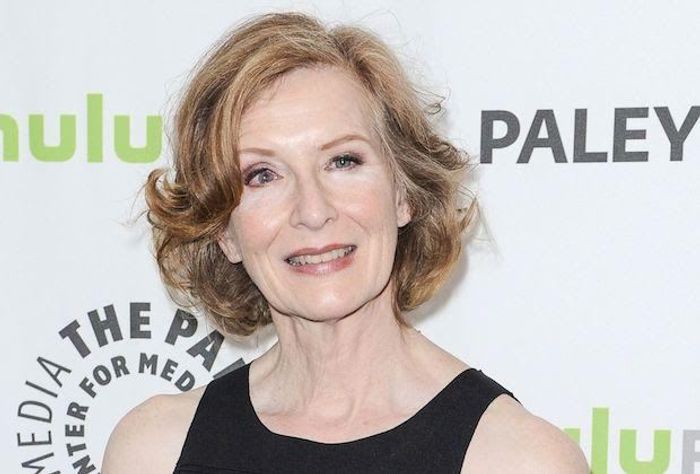 Frances Conroy is a film, TV, stage, and voice actress, best known for her portrayal of Ruth Fisher in the “Six Feet Under” TV series, as well as her numerous roles in “American Horror Story.”

The 66-year-old actress has taken part in over 100 TV and film productions, and has won several awards for her acting, including a Golden Globe for “Six Feet Under.”

If you are asking yourself who Frances Conroy is? What her marital status is? Which films and series you may have seen her in? What is the story behind her discolored eye? Then read on for a full bio on the actress.

Frances went to Dickinson College in Carlisle, Pennsylvania, but moved to New York, where she proceeded to study drama in the Julliard School and at the Neighborhood Playhouse. She was part of the Julliard Drama Division Group along with actors Robin Williams, Harriet Sansom Harris, Kelsey Grammer, Kevin Conroy and others for six years.

Redheaded, blue-eyed and pale Frances started her acting career back in the 1970s when she began appearing in various theater groups, mainly The Acting Company. In 1980, the actress made her first major breakthrough by getting the part of Desdemona in Othello at the Delacorte Theater, where she played alongside Richard Dreyfuss and Raul Julia.

Although she later proceeded to act in various TV series and movies, Conroy remains faithful to the theatrical stage even today. In her early days, she was a Broadway regular after debuting there in “The Lady from Dubuque.”

Some of her most famous roles on the stage include her portrayal of Mrs. Gibbs in “Our Town,” Agnes Eggling in “A Bright Room Called Day,” Theo in “The Ride Down Mt. Morgan”, Birdie Hubbard in “Little Foxes,” and many more.

Conroy has many theatrical nominations and awards over the years.

The beginning of her TV and movie career

Although she has appeared episodically in many TV series and films since 1978, Frances Conroy focused her acting on stage for the first two decades of her acting life. In 2001, she landed the role of Ruth Fisher in the popular TV series “Six Feet Under” alongside Peter Krause and Michael C. Hall. Conroy was part of the drama series from 2001 to 2005. It was the role that made her a famous face and star. It is also the role that won her a Golden Globe in 2004 for Best Performance by an Actress in a Television Series – Drama, and four consecutive Emmy nominations for Outstanding Lead Actress in a Drama Series from 2002 to 2006.

After the series finale, the actress continued appearing and starring in other TV series and in movies, including “How I Met Your Mother,” “Royal Pains,” “The Mist,” “Happy Town,” “Nip/Tuck,” “ER,” “Desperate Housewives,” “Grey’s Anatomy,” “Love Bites,” “The Mentalist,” “Arrested Development,” “Humboldt County,” “The Smell of Success,” “Bloodworth,” and many others.

Her next most famous TV appearance was in 2011 when she was cast for the American Horror Story TV series as Myrtle Snow, Moire O’Hara, Schachath, Gloria Mott, Bebbe Babbitt, and other lead roles.

After fans asked for her return in the second season of the series, the producers granted their wishes. As a result, Conroy starred in 52 episodes of the hit series from 2011 to 2018, and her national and international fame reached new heights.

Following her successful series of appearances in acclaimed TV series, Frances Conroy has gained worldwide popularity and has starred in numerous other series and movies, including “The Aviator,” in “Ring of Fire,” as Maybelle Carter, “Chasing Ghosts” as Dara, in “Mountain Rest” as Ethel, and as Penny Fleck in “Joker” which is nominated for 11 Oscars for 2020 and has already won numerous other prestigious awards. 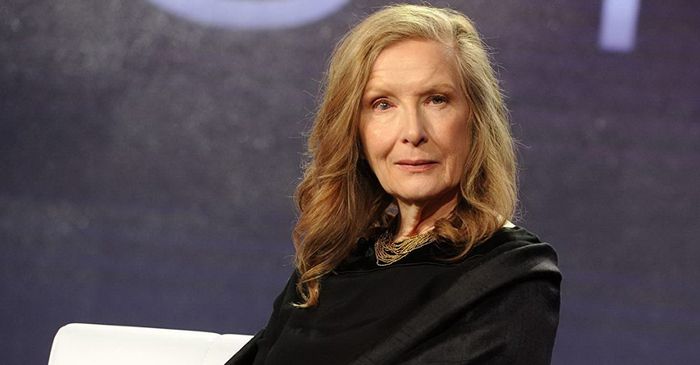 Frances Conroy is not too keen to share her personal life with the public and with the media. Still, it is known that she has been married to actor Jan Munroe since 1992, after being married to Jonathan Frust back in 1980.

Conroy doesn’t have children. She is not active on any of the popular social media networks and prefers to keep her private life to herself.

Her husband Jan Munroe is an actor who was born in 1952 in Iowa City, and who is famous for his roles in “A Few Good Men,” “Fields of Freedom,” “Poseidon,” “Complacement,” and as Captain Oliver in “Catch Me if You Can.”

He has starred and appeared on numerous TV series in the last two decades. In 2019 he played Edwin Turley in another Oscar-nominated movie for 2020 “Ford v Ferrari.”

Frances Conroy has been acting in the theater, on TV, and the big screen, and has also been a voice actress since the late 1970s, and has become a real star following her successes in the 2000s in “Six Feet Under” and “American Horror Story.”

This has allowed her to earn quite a substantial income. Her estimated net worth is over $4 million.

We will need to wait and see whether the success of “Joker” and Conroy’s other upcoming projects will help make her even more famous and productive in the future.

How about her discolored eye?

Many viewers and fans have been asking what caused the discoloration in her right eye. Reports are that Frances Conroy was in a car accident that required eye surgery. Still, the accident left permanent damage to the cornea of the eye which has left it discolored.

The actress wears a contact lens on her damaged cornea for aesthetical reasons, but both the producers and the fans of “American Horror Story” preferred that she star without the contacts. Some claim that it was the uniqueness of her eye which made Conroy such a beloved character from the cult series and so famous too.

Beth Sharkey
Beth Sharkey began contributing to BestLords.com in 2017 and became a staff writer in 2019. She lives in Dallas and likes hiking in her spare time.