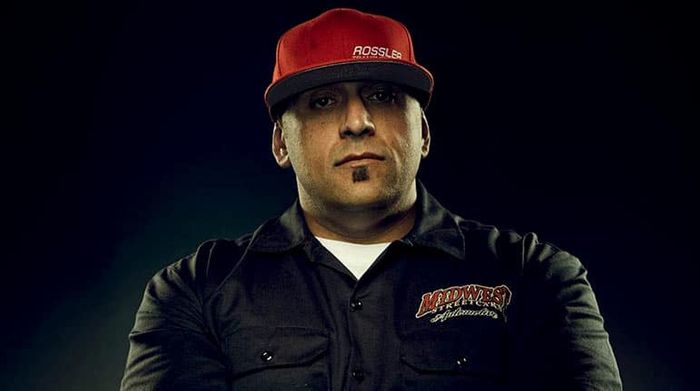 The star of Discovery Channel’s popular series “Street Outlaws” Justin Shearer who is better known as “Big Chief,” has been a fan favorite for years. This is why many viewers of the show and motorsports lovers were shocked by his split with longtime wife Allicia after the couple had been married for over 10 years and had two sons together.

Even more shockingly, rumors were that he had cheated on his wife with the young Car Chix member and racer Jackie Braasch.

The couple divorced officially in 2017, and Justin Shearer has been addressing the criticisms ever since the rumors began, claiming that he had never been unfaithful to Alison while the two were married.

Who is Big Chief?

Big Chief’s real name is Justin Shearer. He is best known as a star of the ongoing street racing TV reality “Street Outlaws,” which has been running on Discovery Channel since 2013.

He was born in Louisville on December 9th, 1980, but his family moved to Oklahoma City, where he continued to pursue his dream of becoming a car racer.

His father worked in motorsports, so he used to take Justin to the race tracks and garage from a very early age. Unfortunately, his dad passed away when Justin was very young, but he still recalls the times he spent with his father as fond memories.

Justin spent his teenage years working at a gas station to raise money to buy his first race car. He bought a 1972 Pontiac LeMans and started racing actively. His car was nicknamed “The Crow,” and he drove it until it was destroyed in a wreck which was featured on one of the episodes of the show.

The young racer joined a TV reality show titled “Midwest Street Cars,” and later was given a leading part in the Discovery Channel series “Street Outlaws.”

The series has been running since 2013, and already has 13 seasons and a huge fan following.

The marriage of Justin and Allicia Shearer 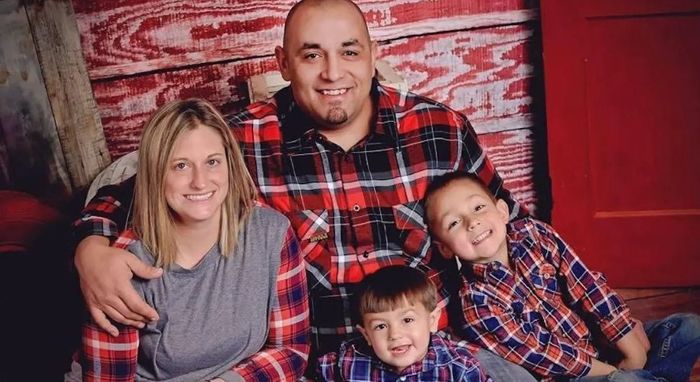 Justin Shearer met Allicia when he was in his late teens and was working at a gas station in Oklahoma City to save up money for buying his first car.

According to Big Chief, it was love at first sight when the two met.

The young couple dated for quite some time before getting engaged in 2005. They tied the knot at an intimate wedding ceremony on September 26th, 2006.

The two have two sons – Covil and Corbin.

Big Chief still maintains his primary goal – to be the best dad to his sons, no matter how much he needs to travel and work, and no matter what relationship he is in. He has expressed his fears that one day he will regret not spending enough time with them due to his busy racing career.

Allicia has a degree in respiratory care studies from the Oklahoma City Community College and worked at the Integris Southwest Medical Center as a respiratory therapist.

At the same time, Justin Shearer, who had been interested in street racing since a very early age, was pursuing his dreams to become the best racer in Oklahoma City.

Following his multiple successful races and finishes, young Justin attracted the attention of producers from the Discovery Channel who had an idea of filming a reality TV series about the street racers in Oklahoma City.

This is how the now-famous “Street Outlaws” reality series started. It premiered on June 10th, 2013, and has been running on Discovery Channel ever since. To this date, there have been 13 seasons of the show, and a total of 153 episodes aired.

The series made Shearer world-famous, and better known as Big Chief.

Rumors about tensions between Big Chief and Allicia began appearing around 2016-2017. The couple had been married for 10 years, but it seemed like they were facing serious marital problems.

After they couldn’t hide their separation from the public any longer, the Shearers announced their parting in 2017.

Allicia filed for divorce, but the actual reasons behind this act are unknown.

There were numerous speculations that Big Chief had fallen for colleague car racer, young and sexy Jackie Braasch while he was still married to Allicia.

The two are a couple now, but Justin Shearer has always denied that he has cheated on his wife during their marriage and claims that his relationship with Braasch began after the couple had already separated.

Who is Big Chief’s girlfriend? 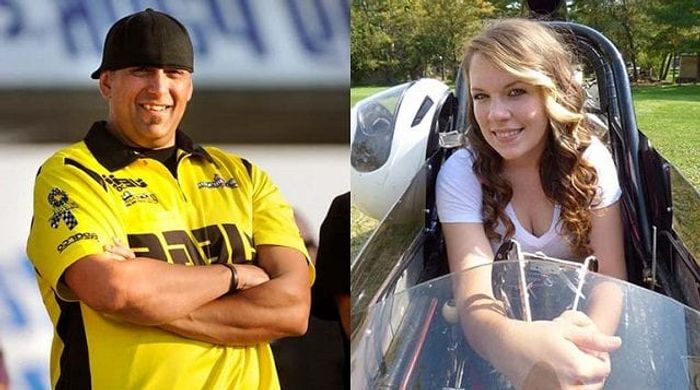 Big Chief has been in a relationship with 29-year-old dragster racer Jackie Braasch since his divorce with wife Allicia.

Jackie Braasch is an attractive young car racer who is also a talented car mechanic with over 20 years of experience in racing and car repair.

Coming from a family of avid drag racers, she started racing at the early age of 9 in the Junior Dragster Division.

Later on, she became one of the top 12 best racers in the 2014 Car Chix Motorsports Contest for Women.

She was also featured in the Car Chix Calendar for 2015.

Today, she is an active participant in the SuperPro and the Rocket Brand Fuel Bracket Series and a member of Car Chix.

Jackie and Big Chief have been together for several years now, but there has been no news about an engagement or planned marriage.

The two do not have children together yet.

Still, Big Chief seems to be smitten by his new love interest and claimed that he has plans and that Jackie is his future during a podcast interview.

He has also mentioned several times that Jackie and Allicia get along pretty well too, which makes him very happy, especially given his strong bond and dedication to his two sons with Allicia.

When he crashed his beloved 1972 Pontiac LeMans (The Crow), Big Chief unveiled his new modified car – a 68 Firebird with a Pro Mod trim, which he called “Crow Mod.”

At one point during the series, Big Chief disappeared without explanation, which led the fans of the show to begin speculating whether or not he needed to go to rehab for substance abuse or addiction, or whether the producers of “Street Outlaws” had fired him.

Shearer denied the rumors on Facebook and said that he didn’t suffer from any addictions and was taking some personal time off of the show to prepare for his races, but planned to return, which got the fans excited.

He returned to the reality series, and it is evident that the producers have no plans for firing one of their most popular and beloved stars.