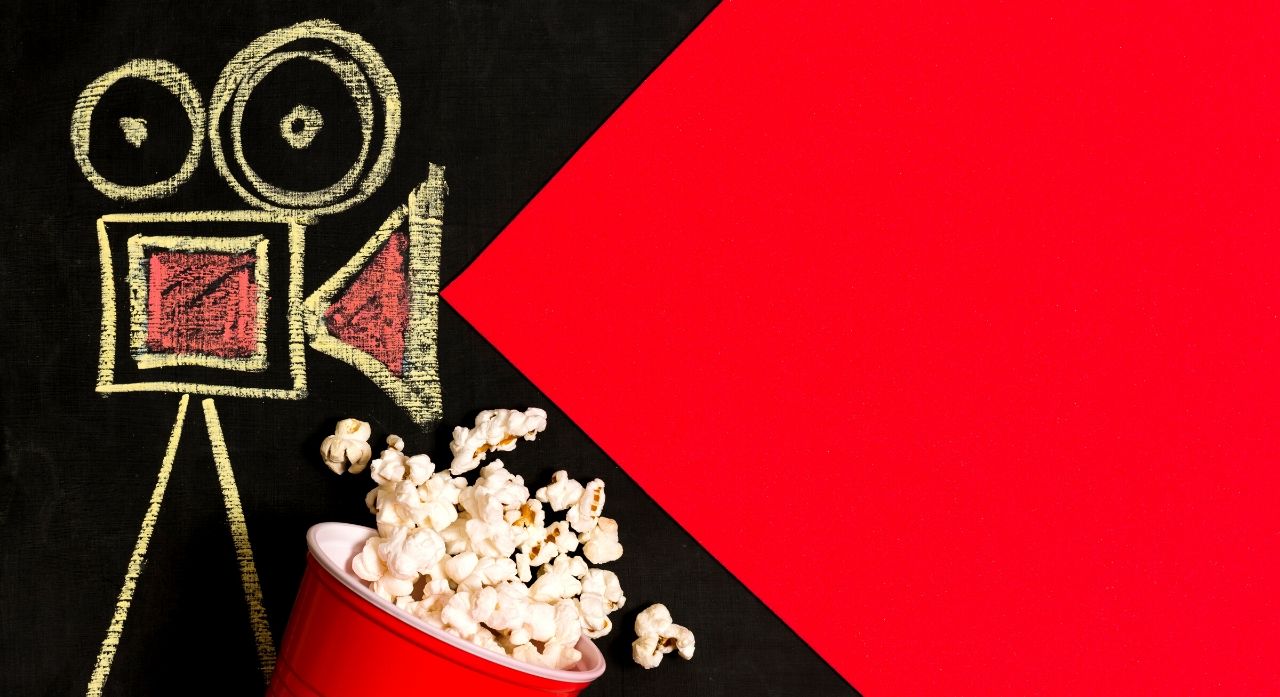 It has always been a thrill to watch movies in which men struggle with nature to survive. Here are some of the essential elements that are seen in some of the best survival movies. In these types of movies, we have only a few characters who, with limited resources and a lot of courage, have a single and basic goal, which is not to die.

Staying alive most of the time comes with a huge price. Even with a script so familiar to us, these films continue to reap success, while giving us the horror of natural disasters and the power of Mother Nature.

Movies about survival teach us how to stay alive with limited resources and keep our mental health while overcoming various life-threatening situations. Sometimes the dialogues in the films are kept to a minimum. The things the characters overcome usually concern our greatest fears.

As usual, Tom Hanks makes any movie great. He survives a plane crash, but unfortunately, he is the sole survivor in open water. He makes it to a deserted island, but he doesn’t have much to live on, and he searches for any and all ways to eat, live, and survive.

This is a compelling story about human survival with an amazing script. It is one of the best survivalist movies.

In Cast Away, we get to see Tom Hanks at the top of his game. Almost like Robinson Crusoe- a man in the wilderness searching his way back home, you get a five-star film that people enjoy watching.

Tom Hanks plays this role to perfection, and he literally makes you believe that he is the character in the film. His best friend is a volleyball that he becomes super attached to. His will to survive is also strengthened by his love for Kelly Frears, played by Helen Hunt, whom he was planning to marry when the plane went down.

One of the reasons the film works so well is that Hanks actually lost weight during the filming. His portrayal of a man whose spirit will not give up is what gives this movie its soul, and, in the end, even though it doesn’t have a fairy tale grand finale, it satisfies the viewer to the point where you almost don’t want it to end.

This movie is based on the novel of the same name by Jean Rudolph Wyss. lt is more of a survival-against-the-odds story. This movie is kind of a family fun film. It is a great story with lots of difficulties that shows the fun of being outdoors. Children talk about what they fear the most.

There’s a shipwreck at the beginning of the movie, which gives an example of how important it is to learn to swim) and learn useful skills ( see grandparents or library books for proper knots that you can actually undo).

It is a story of survival, and you will be surprised how much thinking it generates. It has a lot of age stuff and a family struggling to survive in the south seas, faced with the peril of not just native fauna, but also Asiatic pirates who are, in fact, multiethnic. A great movie to enjoy with your family.

Sheriff Teasle is a small-town sheriff who is a bully. He picks up Rambo( who is a war hero with survival skills, a Vietnam green beret with a medal of honor) for vagrancy just because he doesn’t like the way he looks.

When Rambo finally gets enough of the harassment at the hands of the cops in the police station and breaks free, it turns into a personal war and vendetta for Sheriff Teasle, who desperately tries to bring him down but to no success.

As Sheriff Teasle takes the fight up a notch in each step, Rambo manages to come back stronger, and before you know it, he takes on the entire police force, law enforcement, and even the army in this tour de force action flick – a total classic! “First Blood” is a very psychological movie. Sylvester Stallone plays one of the most defining characters of his acting career.

The popularity of the movie inspired three more sequels. The bestselling novel written by David Morrell, which the first film is based on, explores some of the difficulties and the post-traumatic stress suffered by soldiers returning home to the USA after fighting in the Vietnam war.

The novel may have introduced John Rambo – but it was the movie series that made the character so recognizable.

The Edge is a magnificent film full of thrilling and intriguing scenes.

A story of an aging businessman who is thinking about change and what his existence is about. He thinks deeply about his life in business and in general and starts to get an uneasy feeling that something is not right. He joins his young wife, who models fashion clothes for agencies into the wilds of Alaska. Very soon he begins to see signs of deception, but this is not everything.

Other dark clouds begin to move in after their aircraft crashes into the wood and a fight for survival begins. Not only his home life but his WHOLE existence is now in danger as a huge grizzly bear hunts the survivors relentlessly.

Anthony Hopkins is perfect in the role of Charles Morse, a billionaire with more residual book knowledge than your public library! Hopkins and Alec Baldwin are perfectly paired in this survival movie. It is also an adventure film with thought-provoking moments that you will watch over and over again, and gain a great deal of knowledge from.

Anthony Hopkins is center stage, and the film has lasting appeal as a result. The performance of Alec Baldwin should be noted as outstanding. He was a second-string, but you would not have had a great movie without his performance. It was a guessing game all the way. This survival movie is well worth the time.

I Am Legend is a dystopian story based upon a book of the same name. This survival movie with Will Smith begins with Dr. Alice Krippin (Emma Thompson) announcing that she’d found the cure to cancer. That, unfortunately, almost led to the extinction of the human race.

Smith as Dr. Robert Neville is the last man on Earth and believes he can find an antidote. He experiments upon rats and captured beasts that were once humans.

The movie’s dilemma is that Dr. Neville is the last person left on Earth and needs to survive while continuing to conduct his work on the virus. He is in Manhattan, which has become a wilderness in a post-apocalyptic world. During the day, there are animals such as deers and even lions. At night the former humans who have turned into their own kind of beast come out.

Neville is determined to try to find a cure, especially because he lost his wife and child. Before they passed, he said that he could fix things, and he believes that even more after his family died. I am Legend is almost like a real-life story, one man against the post-apocalyptic world even when all is lost; therefore falls into this list.

Alive is one of the best survival films based upon a true story of bravery. Strong, believable performances from an excellent cast. Thrilling action set pieces coupled with the human spirit, knowing no ends.

The story of an Uruguayan rugby team whose plane crashes in the Andes Mountains with hopes of rescue gives way to desperation and nightmarish decisions (the survivors have to turn to cannibalism to continue to survive).

The most important aspects of this survival story are bravery, faith, community, and perseverance. This is one of the most inspiring stories that show humanity at its best.

This is one of those movies that seem to step off the screen. The viewer feels like one of the castaways. The tension and drama are that real. A great story of survival.

127 Hours is one of those survival movies that counts down every enduring hour to its unique culmination. The story is located in Canyonlands National Park, Utah.

Aron Ralston is a mountaineer who decides to journey across the park. One day he starts his journey exploring the natural wonders that are kept hidden from sight with his adventurous fellows.

We get to see a beautiful landscape of smooth slot canyons and underground pools with crystal clear water. After a while, he separates alone and starts exploring Bluejohn Canyon. He steps over deceased wood and precarious boulders, then he slips. A loosened large boulder follows his trajectory.

After falling from gracious heights, Aron’s right hand becomes wedged in ‘Between a Rock and a Hard Place’. Aron, touching the void, confronted with destiny, must overcome his own mind in order to survive and free himself from this natural prison on his way back up.

This is a survival movie with Leonardo DiCaprio. After experiencing a shockingly real grizzly bear attack, he struggles to stay alive in the frozen mountain wilderness before seeking his revenge on his heartless fellow hunter, who left him almost dead.

This survival film does an excellent job of portraying life in the wilderness. We meet men who live a very raw life just to survive in the 1800s when Indians stalked everywhere. Men who choose the wild and live a horrible and rough life. They eat raw fish and meat, sometimes even rotten food in order to survive.

The Cinematographer Lubezki and Director Alejandro definitely deserve awards for their skills and talents. This is certainly a great movie about survival in the mountain even if it was hard to believe that the main character could survive so many unbelievable threats to his life!

This is where our list of survival stories come to an end. The movies listed above are a must-watch If you are looking for a thrilling, plot-twisting, and psychological story.

We highly recommend you watch survival movies because sometimes they can be educational and you can learn a lot. They are also always inspirational – showing us the never-ending battle of man against nature where one has to overcome all of their weaknesses in order to survive.